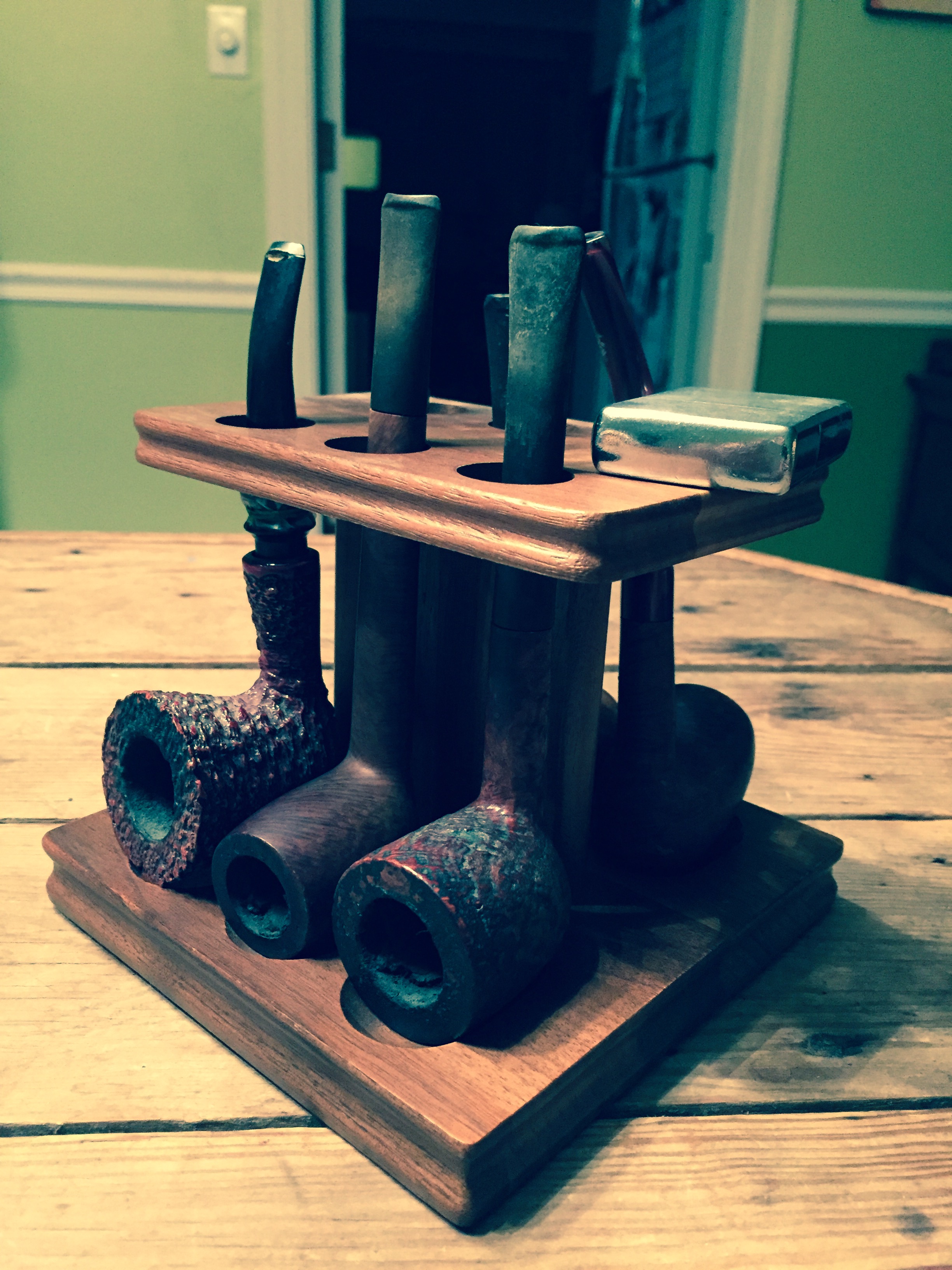 One of my fondest memories of visiting my grandmother and grandfather in Corinth, Mississippi was, after the requisite hugs and kisses at the front door, heading back to my grandfather’s “lair” – the back room. Lew Miller was a man of few words, but back in the TV room, where he always sat in his favorite reclinable chair, he’d open up and talk. I remember sitting on the couch with my dad and uncle and simply listening as they discussed the stock market, golf, politics, grown up stuff.

But to me, the favorite thing about that back room was my grandfather’s pipes. You’d get within 10 feet of the back room doorway and the aroma of smoky cherry pipe tobacco (I think his brand was Captain Black Cherry) would hit you. Not hard, but welcoming. That sweet, mysterious vapor in the air that signaled his presence. In later years, after doctors and my grandmother finally said “enough” and Lew stopped smoking, the room still had the remnants of all the years of the pipes – absorbed into the wood of the walls, like a friendly ghost.

Here’s a little about Lew: He was a charter member of Planning Commission of the Chamber of Commerce. He was a Rotarian for 56 years. He was past president of the Corinth Board of Realtors and was a master appraiser for the State of Mississippi. I also knew that he was an adventurer – he took my grandmother, mom and aunt to Mexico in the 1950’s, which I always found exotic. He was a tree surgeon, and worked on the trees on the grounds of the North Carolina capitol. He worked for the National Park Service. He was an avid reader – the back room had a wall of shelves filled with his mail order Readers’ Digest books, many of which I still have. And in his travels, he met Sinclair Lewis and Upton Sinclair (and I presume had a cocktail with them and talked about the social issues of the day.) And he was married to my grandmother Mae for 64 years.

My grandfather passed away in 2001, and my grandmother followed him in 2006. And as we gathered in the house at 1016 Shiloh Road to divide the belongings, I asked for his pipes. They occupy a special place on my bookshelves now, and an even more, a special place in my mind and my heart. I took them down today for the photo, lifted one to my nose, closed my eyes and remembered a magical time.