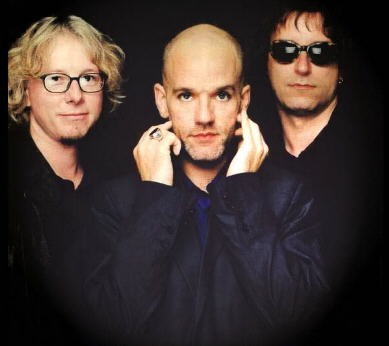 I heard the news today that R.E.M. had decided to call it a day. I came over some random XM radio channel as I was driving through the North Carolina mountains and I had to pull over at the next exit just to gather myself. I really did feel like I was punched in the stomach.

They have been off the radar for most of us for a while – and certainly don’t mean much if anything to the 20-somethings of today. But for me, R.E.M. supplied the soundtrack to my college life and probably ten years beyond.

I can’t remember who played it for me, but when I heard “Chronic Town” for the first time, it was like somebody had wiped away the musical grime of the late 70s and I was seeing and hearing the future of music for the first time. It was like taking a shower and washing off the residue of Styx and Foreigner and…you name the band.

I’d never heard anything like it. It was simultaneously addictive and mysterious. Catchy, poppy and sublime.

Some people didn’t get it. Hell, I didn’t really get it. But I listened. And kept listening. And kept buying every bootleg record I could get my hands on. And between 82 and 88 I bet I saw them live 20 times at least. I became a groupie of sorts.

Yes, they had some duds, but I never ceased to wonder at how they consistenly reinvented their sound and always gave us something new on every record.

The last time I saw them live, in Raleigh a few years back, Bill Berry made a surprise appearance and it was one of the most electifying concert moments I’ve ever witnessed. There was a young couple sitting next to us and remember leaning over and yelling, “It’s Bill Berry! The original drummer!” They just looked at me with a puzzled expression. No idea what I was talking about. But then they turned away, listened and big smiles broke out on their faces. Simply because of the music and the moment.

You didn’t have to understand R.E.M. to get R.E.M. And that is the legacy they’ll leave behind.